Four years ago in June I found out I was pregnant. It was mine and my husband’s first baby. I was overjoyed and he was unsure what to think. He had been gone off and on all summer with work so it was just one more thing on his plate. I remember I called to set up an appointment with a local midwife. It was a Wednesday when I called.
The very next day something started feeling wrong. I called my friend in a panic and also my husband who was still away on business. He kind of brushed me off as it being no big deal, but I instinctively knew it was the beginning of the end.
By Friday I had miscarried my first child. It was very hard to come to terms with. I had wanted to be pregnant so badly and I had just lost my first child. I lost the idea of someone. Someone I would care for and buy things for. Someone I would dress and play with. Someone my husband would play ball with. I lost much more than just a 6 week old fetus. I lost my baby and I lost the motherhood I had just acquired.
I hadn’t got to tell anyone yet. Friday our parents were all supposed to come over for us to announce. We decided not to cancel the dinner, but it was difficult to be there and to hide my tears. I was able to take a couple of days off of work.
The following days, weeks, and months I struggled to come to terms with what had happened even still. My husband didn’t understand, through no fault of his own. I endured harsh comments from well meaning people. I felt like a failure and I was scared to ever be pregnant again. I lived in constant fear of being pregnant and losing that baby too. I was afraid of "replacing" the one I lost.
In an attempt to help my husband bought me a necklace representing miscarriage. I still wear it on every holiday and family picture. It was a way to feel like that baby was ever present even though many didn’t know about it. Over time I began to open up more and more about the loss and I found a startling thing: many other people in my life had also had miscarriages.
I’ve found it’s like a secret club. I’d be willing to bet many women in your life have had a miscarriage. Some are open about it and others are silent. It’s something that is difficult to talk about, but we find comfort in sharing IF people are kind in return. So here are some helpful things:
DON’T
– tell the mom she can always have another
– say "at least you know you can get pregnant"
– tell her it was God’s way of protecting her or her baby
– tell her she’s not special or allowed to grieve because it happens to a lot of people
– tell her it was some fault of her own
DO
– be supportive of her. Let her talk or just be with her in silence
– validate her feelings
– offer to take her older kids out, clean house, or bring a meal
– give her some sort of gift and space if she needs it
– allow her to talk about her baby as much or as little as she wants.
Remember, if you or your friend have miscarried you are still a mother. You carried that baby even if it was brief. You still had hopes and dreams. You lost not only your child, but the hopes and dreams as well. Mamas who have miscarried want you to acknowledge our children. We want you to ask or talk about them and not to pretend like they never existed.
Four years ago today I lost my baby, but it was still my baby. Through it I’ve been able to talk to women who have experienced loss. I am able to be a bereavement doula with personal experience. I have three children, but one is already in heaven. This year I got a tattoo celebrating that baby’s life. It’s deeply personal, but it was a way to help me heal.
What is your experience if you’ve had a miscarriage? Do you have any do’s or don’ts to add to the list? How did you celebrate your baby’s life? 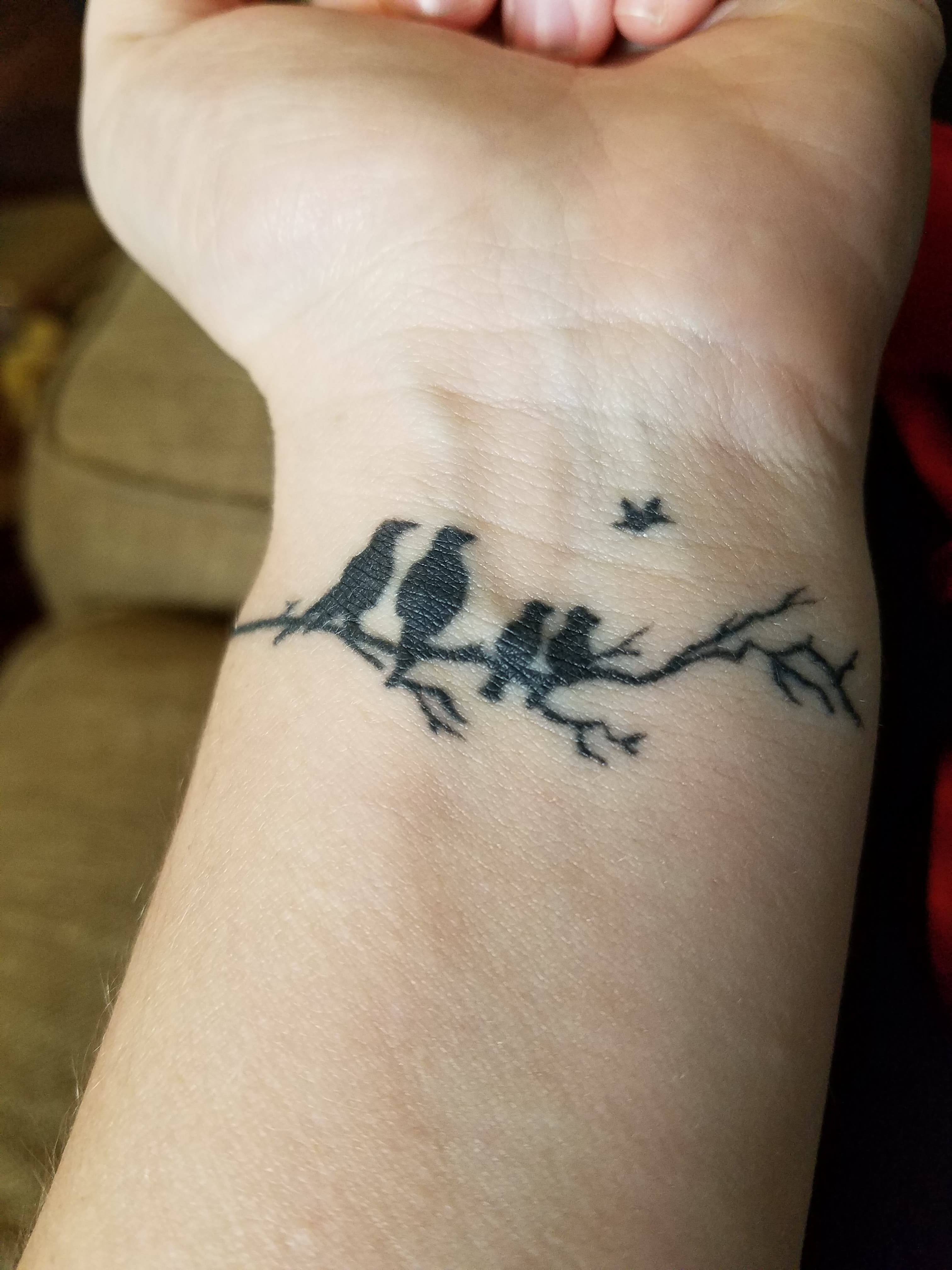