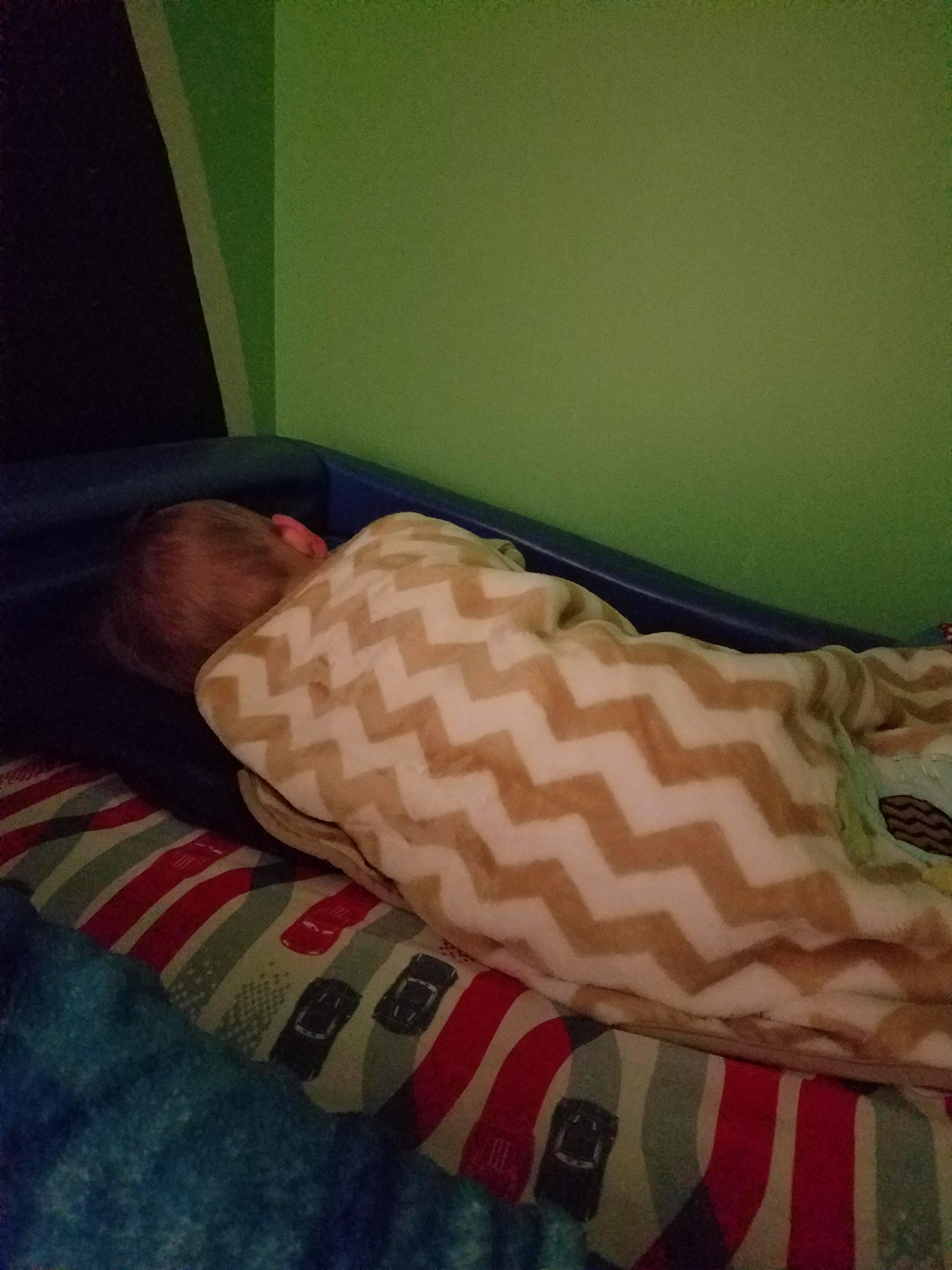 Let me tell you about this little guy. He’s made me a fighter. He is my first born and has taught me how to be a mother. He has helped shape the way I parent and the way I see the world.
He is my second child and he was exactly what I needed from the very beginning. I miscarried my first and I prayed the next pregnancy would reassure me. Be careful what you ask for! He was a mover and never stopped kicking.
He was born screaming and flailing and in 2.5 years he hasn’t really quit. He has always been my high needs child and he pushed me to the very limits of my being more than once.
When he was first born we lived in a tiny little townhome and I remember pacing the living room just to stop him from crying. I walked 5 miles that day.
My son is the sweetest little thing. He doesn’t like to cuddle, but he is strong willed and likes to shout "love you!" He is sensitive and a show off. He is bright and creative. He is also a child who throws tantrums and can’t self soothe. He doesn’t sleep well and he has sensory issues.
You see, he’s made me a fighter because I had postpartum depression and had to learn to parent through those feelings. He’s made me a fighter because with every turn I’ve had to go against the doctors and the specialists and insist that despite my son being bright, that he still needed help. I’ve had to fight against the grain as I parent my high needs child in ways different from how others parent.
I’ve become a fighter as I struggle through tired eyes and defeated feelings. He’s made me fight against wanting to be selfish when he needs me. He’s taught me to be selfless and more loving and filled with grace for others. My son has taught me to see the world through his eyes and what a wonderful way he view the world!
After a year of fighting for him I finally got him the services he needed and over the past few months I’ve watched him stretch and grow and push his limits as his little brain learns to comprehend the world around him. I’ve watched him go from not speaking to full conversations in 6 months. This week he got an occupational therapist and she gave us tips that have changed his behavior for the better in just one day.
Tonight for the second time in his life he fell asleep in his own bed after asking to go to his own bed. Tonight he asked me to hold him and we rocked for awhile before he asked again to get back in bed. I sat quietly beside him and snatched this photo as he drifted off.
These times are getting further apart that he will snuggle while falling asleep. The battles will change, but he’ll still teach me to fight. My son won’t always need me to fight for him and I hope that one day I pass on the things he’s taught me so he can learn to fight for himself, but until that day I’ll keep taking lessons from him because he really is changing me for the better.